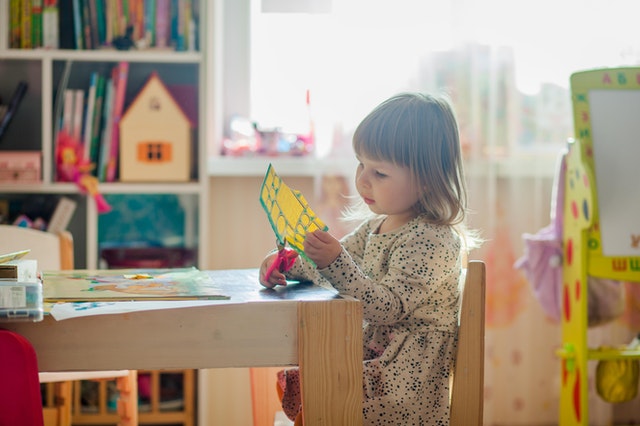 Nursery, Are You Ready To Let Go of Your Toddler?

Releasing our little ones into the big world can seem daunting, but nursery is often a realm of positivity, happiness and wonderment.

I visited nursery after nursery. They all came ‘highly recommended’. The thumbs-up came from friends with happy, well-adjusted kids, so I expected to find a setting for my son without any issue. Wrong! I saw six childcare places in total. With each visit, I became more disheartened. None of them felt right – there was always a small something that didn’t sit right with me. In the end, I gave up. Some nurseries seemed too chaotic, others too dull and non-engaging. I thought one was dirty, and another had miserable staff. Maybe I caught them on a bad day; perhaps not. I was not prepared to take the risk.

There Was No More Delaying It

I kept my two-year-old at home with me for another year. But then, of course, came the time to start hunting again. Well before he had turned three-years-old, I felt that he needed much more than I could continue to offer him at home. He was ready to go on ‘bear hunts’, to build bubble machines in the sunshine and to make and fly a kite on a Tuesday morning. Playing in mud kitchens, regardless of the weather, and to learn some phonics made him happy. He was eager for interactive play with a bunch of friends. I knew it was time to introduce him to the joys of building a ‘home corner’ out of boxes and helping to paint the living room wall with fifteen other three-year-olds. Making boats to go on imaginary adventures in, exploring healthy and unhealthy food choices as part of a group and playing on interactive tables were all awaiting him. It was time to start discovering the big world for himself, and I knew I had to find a way to let him do it.

I visited one nursery and struck gold. It was not a nursery I had seen previously. No one had recommended it, and we knew no one that attended. It was perfect. I knew straight away that this particular nursery was the right place for my boy. My gut instinct felt satisfied!

The Journey At Nursery

Exactly one year ago, my son began his new adventure. It was expensive until we received the 30-hour funding from the government. When he started, he did not talk (perhaps the result of being the youngest of four), and he refused to eat pretty much anything that wasn’t sweet. He still wore nappies in the day and loved nothing more than his dummy. Fast forward one year and he speaks beautifully, is very happy and understands so much about the world around him and his place within it. He speaks a little French, loves a bit of ‘Pyjama Drama’ and is very partial to some Spanish frittata or spicy couscous for lunch! Surprisingly he quit dummies and nappies within the first month of starting, and his progress has been quite astonishing. He skips into ‘school’ (as he calls it) with a big smile, every day.

Take Your Time And Be Selective

Each setting is different, as are our kids. My boy would have felt out of his depth in a vast, bustling nursery and unhappy in one that was too strict. However, for another child, they could have been the absolute perfect choices. Trusting YOUR gut instinct, as a parent, is the best judge of what is right for your child. Of course, if I had needed to work when he was two-years-old, I would have continued searching for the place that we eventually found.

The Benefits of A Nursery

Pre-school education is a choice. In my case, it has provided my son with so much happiness and confidence and is preparing him brilliantly for big school. He knows how to wait his turn and how to share, the importance of being kind, respectful and having good manners. He’s learnt patience and that feeling of utter pride at accomplishing something new. He is able to stand in front of a group of kids and explain a story or describe a character. We discovered his love to draw, paint, make glorious art, spell his name, remember songs and actions and put on a bit of a show. He understands all about the weather and how to plant a seed and watch it transform into a beautiful flower with care, attention, water and sunshine.  He has learnt we are all different and to be tolerant of those differences. I could never have given him all that.

Kids Are So Capable

When you find the right setting for your child, truly marvellous things can happen. It’s hard to release them into the ‘wild’ of the big world where they have to manage without you, but when you do, you realise just how capable they are and that their potential is limitless.