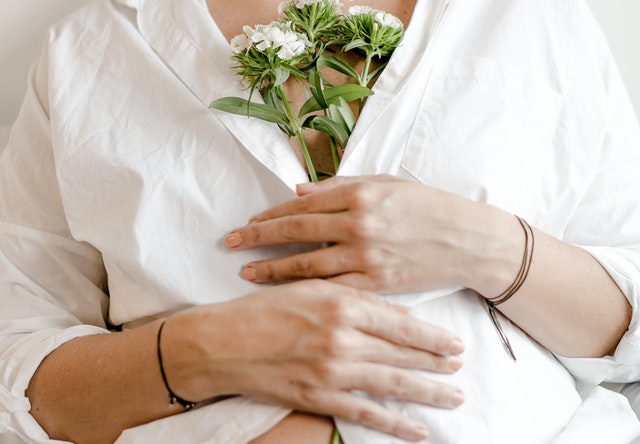 My Premature Baby at 41 years young – Part One

Being pregnant at 41 was enough of a shock let alone giving birth prematurely to the tiniest human I had ever seen.

Having A Premature Baby At 32 Weeks

Being pregnant at 41 was enough of a shock let alone giving birth prematurely to the tiniest human I had ever seen.

When my waters hit the kitchen floor it was just gone midnight. It wasn’t really so much of a ‘hit’ but, rather, a bit of an unexciting trickle. Ordinarily I’d have been happy at the sign that my baby’s arrival was imminent, but not this time. I was 32 weeks pregnant and my heart sank as I was about to give birth to a premature baby.

Time For A Cup Of Tea

I stood alone for a while and then made a cup of tea. I knew life was about to get crazy and I needed that quiet time to build my inner strength. It took me 20 minutes to get my head ready for what was about to happen.

Until this point, my third pregnancy had been uneventful except for the fact that it was 12 years since I’d last given birth and this baby was totally unplanned. I was now considered a ‘geriatric mother” (a delightful term for anyone over the age of 35). At 32 weeks pregnant, I still had the ‘glow’, shiny hair and lovely skin and I hadn’t even thought about nesting. There was shopping left to do and I was not in the slightest bit ready or organised to give birth.

Not being ready was merely an inconvenience. It didn’t really matter. What mattered was 32 weeks was way too early. At 32 weeks pregnant your baby is simply not ‘cooked’ enough and this midnight event, in the kitchen, was not good news.

Time To Get This Premature Baby Delivered?

I woke up hubby and the two kids who were, sensibly, fast asleep. We dressed and went straight to hospital. I walked into that hospital a radiant, confident and strong woman and walked out, a week later, a little bit broken.

The hospital staff took great care of me, very quickly, upon our arrival. I had steroid jabs in each thigh quicker than you could utter the words ‘premature baby lungs’, and everything was tinged with urgency. The delivery room was busy with people in white coats and I didn’t really know what was going on. As it transpired, nothing was going on. No labour. No baby.

It stayed that way for the next 4 nights. The policy was to do everything possible to keep the baby in. When the baby’s heartbeat started running way too fast for much too long and my temperature rocketed, that policy soon changed from ‘keep the baby in’ to ‘get the baby out’ and…quickly.

My Premature Baby Had To Be Resuscitated Three Times

The panic started, the room filled up and then we were on the move. Almost immediately, the noise stopped, and the bright lights went out.

I can tell you that I had an anaphylactic shock from one of the intravenous antibiotics used to reduce my temperature. An emergency c-section, under general anaesthetic, ensued in order to save my baby. He was born ‘flat’ and resuscitated three times before being admitted into SCBU (Special Care Baby Unit). I was out of it and missed the whole thing.

When I woke up from the anaesthetic, hubby told me we had a beautiful boy and that he was in an incubator just next door. It took me 6 hours to go and see him. I have no idea why, as I felt all over the place.  The pain was incredible and I was also exhausted. I drank lots of tea, my very British answer to all personal trauma which also included having to express colostrum for a baby I hadn’t yet met…I felt detached. Also, as a side-note, it’s really hard to express colostrum. You have to do it with your fingers, and it takes ages. No one tells you any of this. It was the first of many new experiences to come my way.

Those feelings of detachment went away quickly but I still didn’t feel that same instant rush of love I did when I delivered (awake and naturally) my other two babies. When I saw him for the first time, I was only allowed to wiggle my fingers through the incubator holes. He was so tiny, and he was wired up to machines. I knew he was mine (because he was really dark, like hubby) but I didn’t feel like he was mine.

Every Premature Baby Deserves A Cape

But then came the moment that changed everything.

Skin-to-skin. A joyous moment of holding and feeling your baby (held like a kangaroo in a pouch) for the first time. It was then that I felt like his mummy, like fighting for him and was overcome with total and immense love. 24 hours after giving birth, I held my premature baby for the first time.

Welcome to the world my tiny, super-survivor baby. You already deserve a cape.  Read part two of my story here.