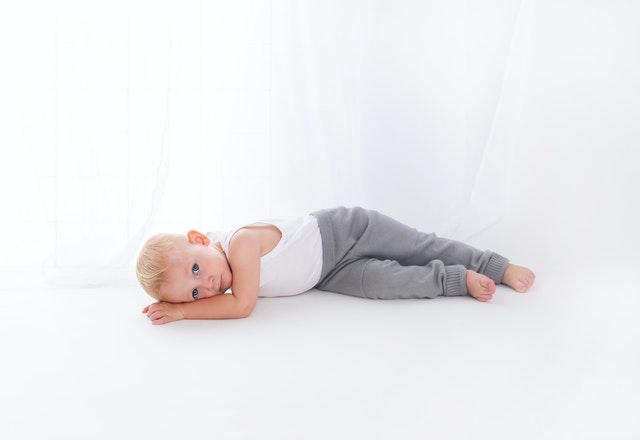 Toddler Meltdown. When It All Gets Too Much

When toddler temper tantrums are out of control, they may just need a little bit of doing absolutely nothing at all.

There seemed no logical reason to hurl the bunny across the floor. It wasn’t a real bunny but still, the poor thing didn’t deserve to be thrown, full pelt, across the bed and head first into the wall. It landed face down on the floor, next to the previously thrown bear and pillow. The quilt was next in line. Except, given its size and awkwardness for throwing, it received a leg bashing instead. Two, tiny three-year-old legs were raining blows down on the quilt with as much force as my little man could muster. His face was getting redder, the bed was getting messier and the tears were starting to stream down his face. This was a major toddler meltdown.

The cause? Fireman Sam. Or rather, lack of. I had made the mistake of giving an iPad to my toddler, before bed. It was just for a short time, whilst I ran around getting school uniforms ready for the next day, picking dirty washing up off the floor and doing a whole host of other mundane mummy jobs that no-one likes doing but that have to be done regardless. I was over-worked and just needed to get everything done. He was already tired and ready for sleep and I had just given him electronic, visual and auditory stimulation that he didn’t need. When it came to switching off the never-ending fires, that seem to occur on a daily basis in Pontypandy town, the boy flipped. Usually, he settled well. We had our little routine and I was often back downstairs in 10 or 15 minutes.

OK, So It Was Me And Not Fireman Sam

I’m sure that I am not the first to have an overstimulated toddler that won’t sleep. The overstimulation signs were obvious, and it was my fault. Classic signs of being unable to cope washed over him and it took me 40 minutes to rock him to sleep. I sang Old MacDonald softly to him the entire time. At first, he cried and struggled but then, as he calmed down, he started joining in with suggestions of ‘cat’, ‘fish’ and ‘crocodile.’ Finally, he fell asleep in my arms, which was a relief because I was rapidly running out of animals.

Easier Said Than Done When It Comes to Toddler Tantrums

I’ve seen the effects of toddler overstimulation before, so I knew exactly what I had done. Too many back-to-back activities (swimming, ballet, mini-football) or simply a big dose of sensory overload (noisy party, Christmas, family gathering) can cause a toddler to feel totally overwhelmed. The result is toddler temper tantrums. They become unable to communicate and use tears instead to demonstrate their feelings. They refuse to carry out simple instructions and can become aggressive. The best way to deal with this is to change the environment or remove the stimulation, calm things down and reduce the exposure to visuals, sounds and maybe people. Helping the child to feel safe and calm will always work. Anyone who has experienced toddler tantrums in public know that this is sometimes easier said than done.

It is difficult to know how much we should and shouldn’t expose our kids to. It is said that the human brain develops more, and at a faster rate, in the first 5 years of life than at any other time and thus exposure to stimulating environments is an important pre-cursor for learning and development. That said, every child needs to be able to experience downtime and individual play time. There is nothing wrong with scheduling nothing at all and letting children use their imagination to stimulate them. In fact, it is an important part of their development.

All children are different, and every parent will come to know how much activity and stimulation their child needs. Of course, we all make mistakes (like I did) because this parenting job is a really tough gig and we all get some things wrong some of the times.

Our Plan To Prevent Toddler Meltdown Now Works For Us

In our house, one after-school/nursery activity per week seems to be enough. Weekends are spent going to birthday parties, swimming and day trips out exploring but nothing is set in stone. If we feel the kids are tired, we just stay at home. It’s flexible and I like it that way. We all have jobs and probably other kids to juggle, so it’s not easy to get the balance right. At least we know that the kids will tell us, in their own toddler meltdown style, if we are getting it wrong.

We try so hard, as parents, to get it right. We strive to do the best we can because we all want happy, healthy children who are developing skills and talents. If we are lonely, or raising small people alone, it can be especially tough. In these instances, or just when life gets too much, Fireman Sam can, indeed, ‘save the day’ because sometimes you just have to do what you have to do. At other times, it’s amazing how much time an empty box and a toddler’s imagination can buy you.